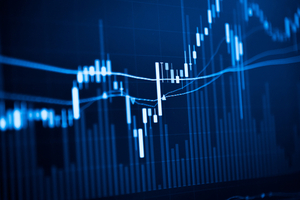 Welcome to our latest update on the investment market. We take a quick look at some of the key factors that influenced the stock market in November and could continue to do so over the coming months.

The hot topics that have affected the markets in 2019, Brexit, the US-China trade war and concerns of economic slumps, look set to continue as we head into 2020. In fact, the OECD has stated that the global outlook is unstable. The world’s economy is expected to grow by 2.9% this year and next, the lowest rate since the financial crisis a decade ago.

With the General Election approaching in December and the outcome of Brexit still uncertain, there continue to be headwinds in the UK. However, the country narrowly avoided recession with growth of 0.3% in the last quarter. But the uncertainty around the UK’s relationship with the EU continues to affect growth.

Several data releases have also indicated that the economy is still struggling:

Taking a closer look at certain sectors and companies there has been both gloom and bright spots for investors.

If you’re invested in gambling firms, you likely saw a slide in the value of shares in November. The movement came as MPs demanded a crackdown in a report from the all-party parliamentary group. Among the recommendations, the report made were to end betting on credit cards and a £2 stake limit on online slot machines.

Some communication firms’ shares were also affected by the general election. After Labour announced plans to deliver free broadband, it’s not surprising providers saw a slump. The election pledge has drawn criticism from the industry with the CBI stating it ‘is not the way’ to improve the level of service delivered.

Woes on the high street have continued, with Mothercare entering administration. After the business concluded that it could not bring stores back to ‘sustained profitability’ thousands of retail jobs were put at risk.

There has been good news though. First, after six months of uncertainty after the firm fell into liquidation in May, British Steel is set to be taken over by China’s Jingye Group. The group has plans to invest £1.2 billion in British Steel over the next decade. It’s a move that could protect thousands of jobs.

Investors in Nottingham-based Games Workshop are likely to be pleased with the firm’s success. Shares hit a record high as profits continue to rise, they’re expected to be a third higher than just a year ago.

There are growing concerns that Germany is now in a recession, with the country often being seen as a stalwart of the region this raises worries for the rest of Europe. Germany’s manufacturing sector saw orders fall for the 13th consecutive month, with the PMI down to 42.1.

The International Monetary Fund has issued fresh warnings that Europe’s economy has weakened this year, linked to a slowdown in factory output and weaker trade.

The European Central Bank has also stated the risk of global financial instability has increased. It blamed this on ‘shadow banks’, such as investors, insurance companies and pensions funds, lending more to businesses in place of traditional lenders.

Throughout November, there was increased optimism that a partial trade deal would be reached with China, as tensions continue to impact both countries and the rest of the global economy. Yet, despite stocks rising on the suggestion a deal was close, nothing has been announced.

However, US growth has been revised upwards. GDP grew at an annualised rate of 2.1% between July and September. It was increased from 1.9% that was estimated a month ago, delivering a boost to share prices.

Ongoing protests in Hong Kong continued to make the news as they entered their sixth month. A landslide victory for pro-democracy campaigners in November’s election indicates the tensions aren’t going to disappear any time soon. But there was some positive investment news coming out of Hong Kong this month. E-commerce site Alibaba raised £8.8 billion of shares through a secondary listing of share offers after it previously floated in New York back in 2010. It was among the city’s biggest offerings of the last ten years.

Trade tensions with the US have continued to cause problems for China. But the PMI showed a surprise rise with factory activity ramping up to the fastest pace in more than two years.

With a slowing economy and trade tensions affecting Japan, a new stimulus programme is set to launch. It’s hoped that investment plans will boost the economy. Further details have yet to be announced but it’s an area to keep an eye on.

If you have any concerns about your investment portfolio in light of recent events, please get in touch.